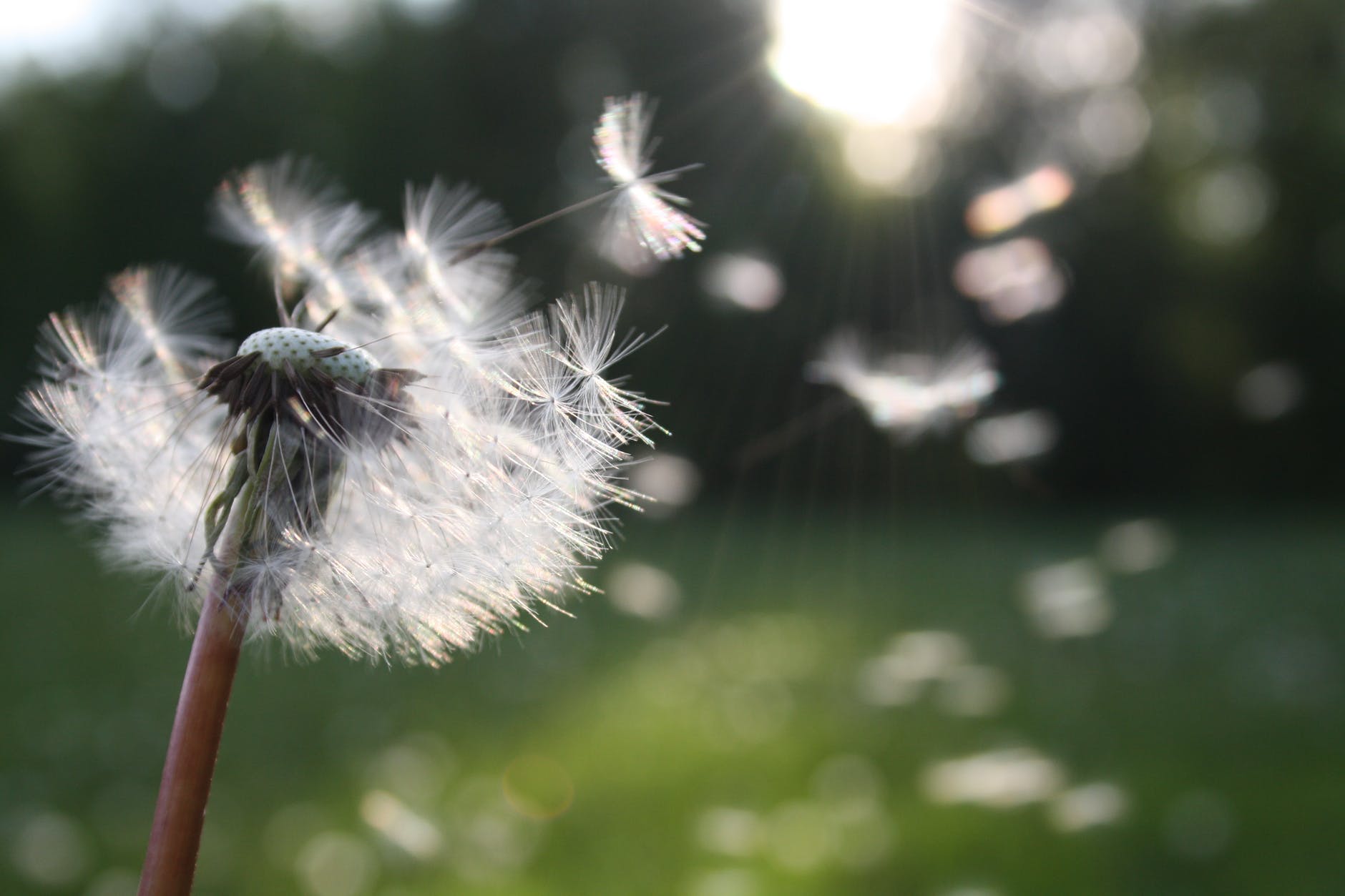 Jesse and the Universe

Jesse wished that the universe would speak to him and tell him what it meant.

Unfortunately, Jesse spent his life as far from the universe as he could go. He could easily spend all day indoors except for his commute to work, and that wasn’t exactly outdoors. To an extent, even the world indoors was unfamiliar to him. Between books, texting, this and that on the computer, and hanging out with friends (often virtually these days), he had contrived to fill his life with ideas, other worlds, and long-distance relationships.

There is that time, however, between closing your book for the night and going to bed, that shows you up for what you are—you sit alone in the presence of a great universe. Jesse would read his chapters of the Bible, then turn out the light and try to pray, sometimes even succeeding. But he worked behind a computer all day, and he wouldn’t yet be sleepy, only tired of being awake. Stimuli were gone, friends and family asleep. He would wander through the house, thinking and praying by turns, but mainly bored. Jesse couldn’t sleep when he was bored.

When God didn’t seem very present, which was usual these days, it was just Jesse and the universe. Of God, the universe, and himself, he seemed to understand the universe the least. What did it mean that soap felt slippery on his hands, or that his house creaked in the wind?

And why this strange multitude of trees, birds, grass blades, and other living things—especially the plants and animals that would never be seen by man? Who was he with them? Jesse was used to things in the world being portals to other things, like books, which contained messages, and people, who contained ideas and stories. A screen opened you into a world of things with meaning, and so did anything else worth having—at least in his estimation. When encountering meaning, Jesse had an identity. He could be an intellect among other intellects who could exchange messages with him. But the universe contained so many things that seemed to be things, yet seemed not to be messages or to have any content whatsoever.

Still, Jesse liked beautiful things. If a leaf held his attention for a moment, he loved it for that moment. He had a general benevolence for nature and art, and occasionally something resonated with him oddly, recurring to him like a worry, though he couldn’t say why.

He expected no answer—does the universe usually concern itself about us? Or if it does, does it tell us so? But this time he received an answer.

Jesse leaped up from the rock and gazed at the tree. There wasn’t anyone in it who could have spoken. In fact, he wasn’t quite sure he had heard what he thought he had. He hadn’t really been listening, after all. Still, not being quite sure of what had or hadn’t occurred, he sat down again gingerly and pricked up his ears to hear whatever other sounds there might be than cars, birds, and insects.

“Who are you asking?” the tree said.

This time Jesse was sure. The voice was muffled and spoke with a strange inhuman accent. He couldn’t tell where it was coming from—it was as though the sound materialized around him from vibrating boughs. As though it didn’t come from a throat, but from a cello.

Jesse pinched himself furtively, suspecting that he was asleep. But he didn’t pinch himself too hard, since, in any case, he wanted to hear what the tree would say.

“That shows your sickness,” said the tree. “The universe doesn’t exist.”

“Right,” said Jesse, who had heard things like this before. “And I’m just a brain in a vat, projecting what I see.”

“That’s not what I meant,” said the tree. “I exist. A flower exists. A deer exists. But the universe doesn’t.”

“The universe is only a ‘collection of objects.’ If I’m using your words correctly. You might as well talk to the mess in your room.”

“How did you know about that?” Jesse asked suspiciously.

The tree continued. “You humans use words that don’t talk about anything real. You talk about vocabulary, relationships, worldviews, agency, and all sorts of other airy things that you call ‘abstract.’ Out here, we talk about aspens, rose hips, and termites.” The tree shuddered. “Not all of them are good, but at least they’re real. You won’t catch a rhododendron worrying about the meaning of life.”

“Now you’re a nihilist,” complained Jesse. “You’re saying that there’s nothing but what we can see.”

“Use those knobs on the sides of your head,” replied the tree. “I said nothing of the kind. I said that those other things aren’t real, not that they aren’t at all.”

“That’s the problem with you humans,” said the tree. “You think of things in clumps. It doesn’t interest you what happens to a person; you call him an ‘individual’ and ignore him. Instead you worry about numbers and what happens to the average. You talk about economics and politics as though there were such things and as if one wanted them. You never think to turn yourself toward one person or plant. You ask, ‘Why the universe?’ when you should ask, ‘Why this dandelion?’”

“Well then,” said Jesse, noticing for the first time the dandelion between his feet. “Why am I here with this dandelion? What does it mean?”

“What makes you think it means something?” asked the tree.

“Isn’t everything made for a purpose?”

“Maybe. But why should that purpose be meaning?”

Jesse was not going to fall for this one. “That’s just what purpose is. If something has a purpose, it means something to a certain relationship or process.”

“There you go again, using such airy words,” said the tree.

“Fine then,” said Jesse. “I’ll use examples. If a cog has a purpose, it means something to the machine, since it aids in a process that would be incomplete without it. If a word has a meaning, it has the purpose of fitting into a sentence to convey a truth to another person. Purpose and meaning are basically the same.”

“That’s better,” replied the tree, “though you still used several airy words. But I can guess at what you’re saying. And here is my reply: Do people tell you what they mean?”

“They communicate their thoughts to me.”

“But they don’t actually tell you what they themselves mean?”

Jesse tried to think of a way around this, but he finally replied, “No.”

“Do people mean something?”

“Well, they are important in many processes, like political and social—”

The tree interrupted him. “I told you that those were airy things. They neither know meaning nor mean. How do people mean something?”

“Well—to each other. To their families, to God.”

“Fine,” said the tree. “Meaning, of course, must have two things. The meaning thing and the thing that it means to.”

“You’re confusing me with your words,” objected Jesse. “When you use such simple terms, I can’t understand them very well.”

“That’s because simpler words require more words to say the same thing, and thus need more space to be thought with,” replied the tree. “You humans are small, but you have big thoughts, so you need a way to think them. To do that, you smash the big thoughts into small bits by inventing terms that covered all that is meant by them, but terms that are still short enough to fit into your heads. But smashing things damages them. If you thought like trees, you might still have the thoughts. As it is, they are, unfortunately, smashed. We trees, on the other hand, have more space with each year.”

“Airy nonsense,” the tree snapped. “That’s true for words, which you humans invented, and also for thoughts. But it’s not true of people. Otherwise you could tell me what a person means.”

“No fair,” said Jesse. “People are just too complex to say exactly what they mean. They still mean something.”

“But the other truth about meaning things,” continued the tree, “is that they can be replaced by other ways of saying the same things. A cog can be replaced by something of a similar shape, and no one is sorry that the old cog is no longer there. A phrase can be replaced by another phrase. But if a person could be smashed in such a way that you could say her meaning, then you wouldn’t need your mother. You would only need the thing that you say is what she means. But that’s ridiculous. No human can be replaced and yet leave no gap.”

“So you’re saying that people don’t mean other things, but they just ‘mean’? How is it possible for something to mean without meaning something?”

“So you’re saying that if something meant something other than itself, it wouldn’t be valuable.”

“Now you’re running with the grain,” said the tree.

“So if this dandelion meant something else, it wouldn’t need to be here.”

“And I can’t reduce all the things in the universe into a meaning, because they simply mean themselves.”

“Then how do I live with them if I can’t understand them?”

“You can’t,” said the tree, “unless you can understand them in a way that you’re not just applying words to them. You need to know them, and not the things that they mean. That’s how you know people, isn’t it?”

“So I need to get to know the universe,” said Jesse. “Very helpful.”

“Not the universe, but the plants and rocks and animals,” replied the tree.

“Even more helpful,” said Jesse. “Then I think I’ll start by knowing a book.”

The tree sighed as Jesse walked away. It resumed wiggling its root-ends in the dirt.

When Jesse reached his book, he looked thoughtfully at its cover. He felt the edges of the pages as they slipped through his fingers.

Lynn Michael Martin is slowly learning that he is not the center of the world.

One Reply to “Jesse and the Universe”

Just so you know, we are trying to pay our authors decently, which means we need donations from people like you. Any amount helps. (Maybe consider donating $5 per month?) But no pressure; we're just glad you're here reading these stories.

Learn More or Donate
Scroll Up